Coming Together for Thanksgiving 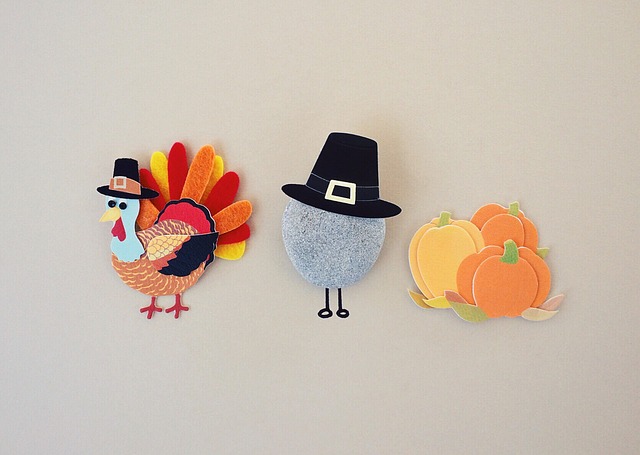 20 Oct Coming Together for Thanksgiving

Posted at 18:43h in Information by admin
0 Likes
Share

Coming Together for Thanksgiving

As families gather from far and wide for Thanksgiving, you might not have more than a vague idea of how the holiday came to be so significant in American culture.

According to History.com, in 1621, the Plymouth colonists and Wampanoag Indians shared an autumn harvest feast that is acknowledged today as one of the first Thanksgiving celebrations in the colonies. For more than two centuries, days of thanksgiving were celebrated by individual colonies and states. It wasn’t until 1863, in the midst of the Civil War, that President Abraham Lincoln proclaimed a national Thanksgiving Day to be held each November.

In September 1620, a small ship called the Mayflower left Plymouth, England, carrying 102 passengers—an assortment of religious separatists seeking a new home where they could freely practice their faith and other individuals lured by the promise of prosperity and land ownership in the New World. After a treacherous and uncomfortable crossing that lasted 66 days, they dropped anchor near the tip of Cape Cod, far north of their intended destination at the mouth of the Hudson River. One month later, the Mayflower crossed Massachusetts Bay, where the Pilgrims, as they are now commonly known, began the work of establishing a village at Plymouth.

Only half of the Mayflower’s original passengers and crew lived to see their first New England spring. In March, the remaining settlers moved ashore, where they received an astonishing visit from an Abenaki Indian who greeted them in English. Several days later, he returned with another Native American, Squanto, a member of the Pawtuxet tribe who had been kidnapped by an English sea captain and sold into slavery before escaping to London and returning to his homeland on an exploratory expedition. Squanto taught thePilgrims, weakened by malnutrition and illness, how to cultivate corn, extract sap from maple trees, catch fish in the rivers and avoid poisonous plants.

In November 1621, History.com writes, after the Pilgrims’ first corn harvest proved successful, Governor William Bradford organized a celebratory feast and invited a group of thefledgling colony’s Native American allies, including the Wampanoag chief Massasoit. Now remembered as American’s “first Thanksgiving”—although the Pilgrims themselves may not have used the term at the time—the festival lasted for three days. While no record exists of the historic banquet’s exact menu, the Pilgrim chronicler Edward Winslow wrote in his journal that Governor Bradford sent four men on a “fowling” mission in preparation for the event, and that the Wampanoag guests arrived bearing five deer. Historians have suggested that many of the dishes were likely prepared using traditional Native American spices and cooking methods. Because the Pilgrims had no oven and the Mayflower’s sugar supply had dwindled by the fall of 1621, the meal did not feature pies, cakes or other desserts, which have become a hallmark of contemporary celebrations.

As you and your family and friends gather for Thanksgiving this year, you can tip a hat in the direction of these early pioneers and Native Americans who sowed the seeds of theholiday.  And as you get together, you can express thanks for the electrical appliances and conveniences in your home that make the holiday celebration possible.  If you’re thinking about redoing your kitchen or some other home renovation or construction work before the holiday, you’ll need the services of a qualified electrician in Charlotte NC – Father & Son Electric.   From these electricians, free quotes are always available and, if a sudden problem arises you can always say that Father & Son is a 24-hour electrician near me.  For Charlotte electricians serving the community for more than three decades, count on Father & Son.