How to Tell One Kind of Light Bulb from Another 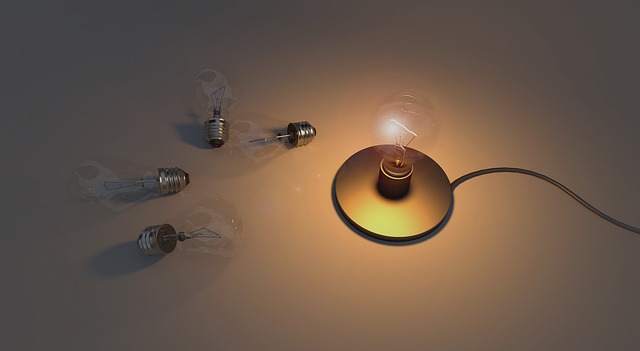 Posted at 18:59h in Information by admin
0 Likes
Share

How to Tell One Kind of Light Bulb from Another

If you contact the Charlotte NC electricians Father & Son Electric, you might wonder about the differences between different types of light bulbs on the market today.

The main types of bulbs are halogen, CFL, and LED.  According to an article on SFGate.com, both halogen and incandescent bulbs produce light by heating a tungsten filament with an electrical current. Compact fluorescent lamps (CFLs), on the other hand, create light through an entirely different mechanism. The fluorescent gas inside the bulb produces ultraviolet light when electrified, and the lamp’s coating converts the ultraviolet light into visible light. Because of this, CFLs are between 67 percent and 80 percent more energy-efficient than incandescent bulbs. Halogen lamps stand somewhere in between, ranked as more efficient than normal incandescent bulbs, but not as efficient as fluorescent lights.

Incandescent bulbs, including halogen bulbs, produce light by heating a filament of tungsten metal until it is white hot. In a normal incandescent bulb, the tungsten slowly vaporizes and deposits on the inside of the bulb until it is too thin to carry an electric current and the bulb burns out. Halogen bulbs are filled with a special gas that causes the vaporized tungsten to be deposited back onto the filament instead of the inside of the bulb. Halogen bulbs last longer and also burn hotter than conventional incandescent bulbs, making them slightly more efficient. However, these gains may be negated by the extra energy an air conditioner must use to cool a room.

Light is measured in units called “lumens,” which correspond to the amount of light produced per watt. For a source of light to be 100 percent efficient, it would hypothetically need to give 680 lumens per watt. The luminous efficiency of fluorescent lighting is the highest, between 9 percent and 11 percent for most CFLs, while conventional incandescent bulbs stand between 1.9 percent and 2.6 percent efficiency. The luminous efficiency of halogen lamps cradles between the previous two at an approximate 3.5 percent efficiency. Luminous efficiency is one way to determine which bulb to choose, yielding CFLs as the most efficient, followed by halogen bulbs and then incandescent bulbs. Another element to look at is thewatts it takes to produce the same amount of light. For example: It takes an incandescent bulb 60 watts to produce the same amount of light that would take a CFL bulb only 15 watts to produce. Manufacturers are required to list both the lumens produced as well as the watts used by every bulb, so luminous efficiency can be calculated easily.

Then there are LED lights – light sources that become illuminated by the movement of electrons through a semiconductor material.  The best applications for LED lights, according to an article on the currentbyge website, are virtually all indoor, outdoor and roadway applications where incandescent was traditionally found, especially where lights are left on for extended periods and changing bulbs is not easily done. Also fitting in linear applications, such as under cabinet lighting, where light sources with thin profiles are needed.

If you want truly expert advice about the right light bulbs to use or any other electrical question, Father & Son Electric is the place to go.  These Charlotte electricians have more than 30 years of experience and can readily give you a Father and Son quote for their services as electrical contractors in Charlotte NC.  If you need an electrician in Charlotte, go no further than Father & Son.