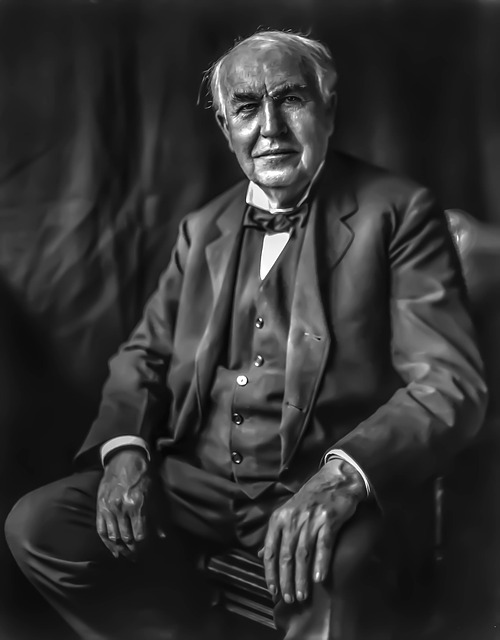 Posted at 18:51h in Information by admin
0 Likes
Share

In the century following Benjamin Franklin’s experiments, many inventors and scientists tried to find a way to use electrical power to make light.

According to bulbs.com, in 1802, Humphry Davy invented the first electric light. He experimented with electricity and invented an electric battery. When he connected wires to his battery and a piece of carbon, the carbon glowed, producing light. His invention was known as the Electric Arc lamp. And while it produced light, it didn’t produce it for long and was much too bright for practical use.

Over the next seven decades, other inventors also created “light bulbs” but no designs emerged for commercial application, says bulbs.com. More notably, in 1840, British scientist Warren de la Rue enclosed a coiled platinum filament in a vacuum tube and passed an electric current through it. Although an efficient design, the cost of the platinum made it impractical for commercial production. The design was based on the concept that the high melting point of platinum would allow it to operate at high temperatures and that theevacuated chamber would contain fewer gas molecules to react with the platinum, improving its longevity.

In 1850 an English physicist named Joseph Wilson Swan created a “light bulb” by enclosing carbonized paper filaments in an evacuated glass bulb. And by 1860 he had a working prototype, but the lack of a good vacuum and an adequate supply of electricity resulted in a bulb whose lifetime was much too short to be considered an effective producer of light. However, in the 1870’s better vacuum pumps became available and Swan continued experiments on light bulbs. In 1878, Swan developed a longer lasting light bulb using a treated cotton thread that also removed the problem of early bulb blackening.

On July 24, 1874 a Canadian patent was filed by a Toronto medical electrician named Henry Woodward and a colleague Mathew Evans. They built their lamps with different sizes and shapes of carbon rods held between electrodes in glass cylinders filled with nitrogen. Woodward and Evans attempted to commercialize their lamp, but were unsuccessful. They eventually sold their patent to the American inventor Thomas Edison in 1879.  In 1879, Edison was finally able to produce a reliable, long-lasting electric light bulb in his laboratory.

By the end of the 1880s, according to the website TVAKids.com, small electrical stations based on Edison’s designs were in a number of U.S. cities. But each station was able to power only a few city blocks.

Although the majority of people living in larger towns and cities had electricity by 1930, only 10 percent of Americans who lived on farms and in rural areas had electric power. At this time, electric companies were all privately owned and run to make money. These companies argued that it would be too expensive to string miles of electric lines to farms. They also thought farmers were too poor to pay for electric service.

President Franklin D. Roosevelt believed strongly that America’s farming areas should have the same access to electricity as cities did. In 1935 the Rural Electric Administration was created to bring electricity to rural areas like the Tennessee Valley.

By 1939 the percentage of rural homes with electricity had risen to 25 percent. The Tennessee Valley Authority also set up the Electric Home and Farm Authority to help farmers buy electric appliances like stoves and washing machines. Farm families of that time found that these helpful electric appliances made their lives much easier.

Today, Americans’ standard of living has risen as nearly everyone has electric power at home, school and at work, tvakids notes.